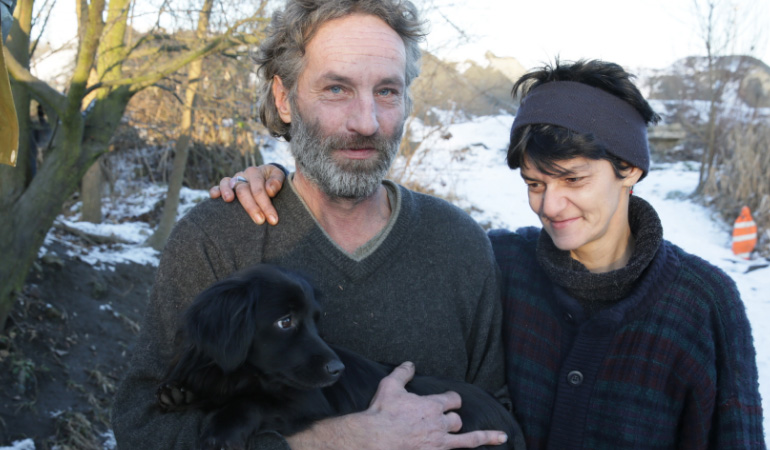 We came into contact with František on a park bench. Though he already knew about the Salvation Army’s services from the past, he had stopped using them because he was not able to get along with other users of the services. At first, he refused all of our help, but in our later attempts, František talked about his affliction, an addiction to gambling machines. He played the machines for an incredible 28 years and during that time he lost not only his apartment, but also his wife and children. He has attempted treatment many times, but has never persisted with it for more than a month. In the end, he abandoned all of his efforts and accepted that he would live on the street and that he would “throw” his entire pension into the machines within three days of receiving it. For the rest of the month, he lived from what passers-by gave him. Thanks to the patience of our social workers, we managed to encourage František to change his life, particular by providing to him overnight stays through the Nocleženka project and treatment of his addiction. As a first step, František needed to visit a psychiatrist, who wrote a treatment recommendation for him. However, he was afraid of going to the doctor, mainly because he had lost about 50% of his hearing and did not know how he would make himself understood there. In connection with the healthcare that we also provide in the field, our workers offered to accompany him to the doctor. The doctor examined František and recommended treatment in a psychiatric clinic. Then began the complicated process of finding a suitable clinic, as he could not be accepted in many facilities due to his poor hearing and inability to participate in group therapy. Unfortunately, the several refusals were reflected in his motivation and appetite for life. In the end, František managed to get a hearing aid, and he was able to be admitted to a clinic and to again try to stand on his own feet. His story is far from over, but we believe that everything will turn out well.